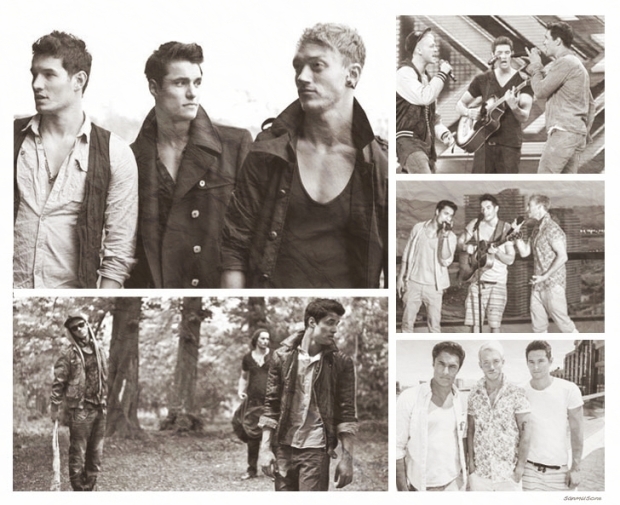 One of two bands I’ll be missing on this years X-Factor UK, unless they’ll get the wildcard, which they deserve so badly!=)

Till today, I was vowed by the amazing talent on X-Factor UK this year and thought it was impossible to pick only 12 or at the end one as best one, but through all the eliminations I picked my favorites. My first shock was when the amazing Joseph Whelan (soon on the blog too) didn’t get through, but I thought that’s the only mistake they’ll make. Sadly after today the x-factor became much much less enjoyable since all those that deserved didn’t get through, and some acts that looks like pure joke (like Rylan) went further. Out of so many amazing talent, I have no idea why judges picked the less talented but ok…it will be much easier to watch now, since half of acts I have no heartache letting go.

Times Red though is one of the amazing groups that will be missed on X-Factor, unless, they get the wildcard. Their talent is so obvious and great, plus they are all insanely hot, so what’s not to like?? I was disappointed that the young groups were chosen to stay, the world doesn’t need another One Direction, one or actually more copies of them is already being produced in Australia, UK should have definitely chosen the more mature bands, so not only screaming teenagers would have something to look at…

Anyway, Times Red, was one of two bands, with similar style and both I grew to love.

Their Facebook page description says “Times Red are set apart by an honesty and an energy that hits you whether watching them perform, listening to their music, absorbing their lyrics or meeting them in person….”  and it is so true. They have amazing stage presence, amazing harmony between voices, and great energy specially when beatboxing kicks in. And even though on the show they have been replaced with another teenage melt down object, I believe the few shows on X-Factor is going to be enough to expand their audience and for more people to fall in love with them, after all, you don’t need to be a winner to be a star if you’re truly great. I’m cheering for you guys!=)