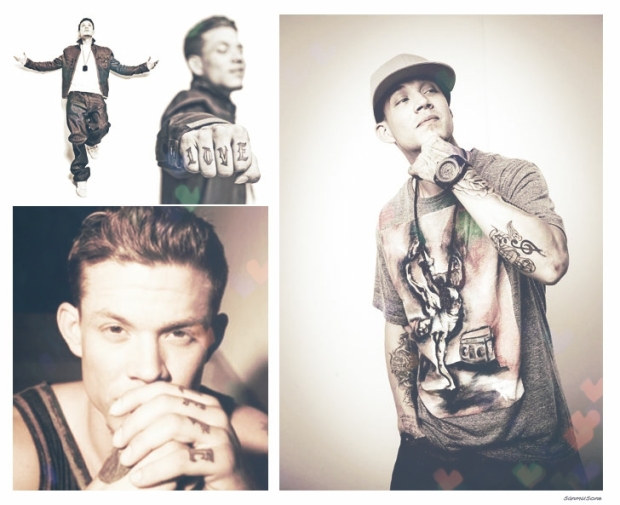 I think it’s about time for me finally share my love for one of two musicians who’s career I had the pleasure to witness from day one when they stepped on the stage of X-Factor USA.

I’m not a huge fan of shows like that, if I do tune in, it’s usually almost at the end and because of me by accident noticing some good musician. This time though I tuned in from very first episode and after noticing quite few talents I could not stop watching the show, waited excited for it every week. I can honestly say, that the first season of X-Factor USA was the best among all the singing shows and there probably won’t be as good once as that one was. The recent American Idol has nothing to compare, the X-Factor was very lucky to get all those personalities making their start in USA so memorable.

Ok now to the point…First musician that caught my attention was the 28 year old Chris Rene, I call him “puppy eyes” because his eyes are so dark and sparkly. He came out on that stage, straight from rehab, with a decision to turn his life around and pursue his passion for music. The passion and love for music was radiating from him and I believe even before he started singing, the audience as well as judges knew, this is going to be one person to remember. He performed his own song, called “Young Homie”, which is his first single from his album. “Life’s too short gotta live it long…” lyrics from the song made everyone sing and move along…

The song was speaking everything he had to say, the lyrics, the voice tone captured everyone as it did me, it made me teary and I was clapping along with everyone. I was wiping even more tears off after Simon Cowell (one of the judges) said “it’s my very favorite feeling in the world, when I sit in this chair and meet a star for the first time…” he also said “the thing is..maybe you need the show BUT maybe the show needs you..” .

It was dramatic moment after witch I was cheering and crying for Chris every single week hoping he will win. Offcourse there is NEVER EVER justice in those shows and the winners are people who I have no idea why they won. After quite few disappointments through out the years I decided that they let the undeserving once win because otherwise they won’t make it, but the real stars they don’t need to win to shine brighter than the sun…So Chris is clearly one of those bright stars that didn’t had to win, to succeed in his dreams…and oh boy he did!

On January 17, 2012, it was confirmed that Chris has signed with a joint venture between Syco & Epic Records, a division of Sony Music Entertainment. Rene has re-recorded his original song “Young Homie” , it was made available on iTunes on March 13, 2012.

Chris shot the music video for the song on February 16, 2012 in his hometown Santa Cruz, California and it was released on Youtube and Vevo on March 20, 2012. The song is confirmed to be the lead single of his debut album. He has recorded several songs already for his upcoming debut album. Some songs include “Trouble” (Alex Lambert/Busbee), “Back From the Dead”, “Chains”, “Rocking With You”, and “Yeah I Told You So.”

He is a true inspiration and amazing musician, with very unique voice, easy recognizable it’s him when hearing on radio. So check out more information about Chris and show him support through out his journey in music world, and don’t forget to “Love Life” as Chris teaches everyday…=)

Absolutely wonderful person who radiates kindness and honesty, he stayed truth to himself and stayed the same through all the way and I strongly believe you won’t be able to stay indifferent towards him after seeing him=)

And here’s the journey I followed that made me fall in love with Rene and be big fan=) Many many videos, but I think all worth sharing with you=)