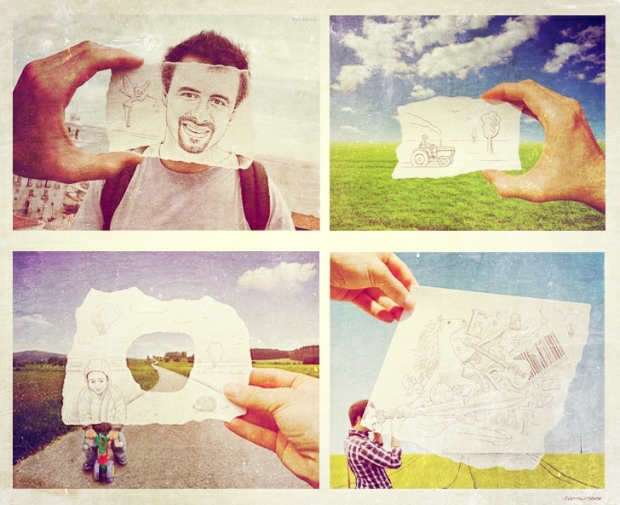 One more artist that amazed me with it’s imagination and the use of drawing skills. He shows how life can be enriched with a pencil and simple things become magical by simply touch of a pencil!=) I think it’s brilliant and fun and entertaining…all in all very original=) So, I’m introducing the master head behind this idea of drawing on life moments…Ben Heine=)

Ben Heine (born 12 June 1983 Abidjan, Ivory coast) is a Belgian multidisciplinary artist. Starting as a painter and political cartoonist, he became more widely known in 2011 for his “Pencil vs Camera” and “Digital Circlism” projects. Heine has a degree in journalism (Brussels – Belgium) and made his Masters’ final assignment on the “limits of freedom of speech in political cartoons” (2007). As a political cartoonist, Heine received some criticism for his views on the Middle Eastern political situation and specifically some images about Israel and Zionism. Heine has stopped doing political art since 2009. Heine has briefly studied painting and sculpture in Hastings, England, but considers himself a self-taught artist in drawing and photography (The D-Photo). Heine’s “Pencil vs Camera” artwork is so far his most widely published work.

“Pencil vs. Camera” is a series of images that inject hand-drawn pictures within real-life settings to create a composite effect that is often surreal and highly narrative. Manipulating the backdrop to host added elements such as real-life tetris blocks, floating speech bubbles, and an alcoholic panda, the photographs are an exercise in manual photoshop, always including Heine’s hand which holds up the sketched piece of paper in the foreground.  Heine creates seemingly effortless snapshots that are highly imaginative and contextual.

“Digital circlism” is the name Heine has given to a whole new creative technique he has developed in 2010. It is a mix between Pop Art and Pointillism. In this project, Heine usually makes portraits of celebrities/cultural icons with digital tools using flat circles on a black background. Each circle has a single color and a single tone. The artist stated he has been making portraits for over 15 years but it wasn’t very long ago that he started developing this original technique.

I am very much in love with his work, really brightens up the day and life in general, encouraging to look at it beyond what the eye sees…encourages to use your imagination!

Here are some images that I liked most (out of many many that I loved) for you to see…they are from collection “Pencil s. Camera”. I hope you’ll enjoy them as much as I did!=) 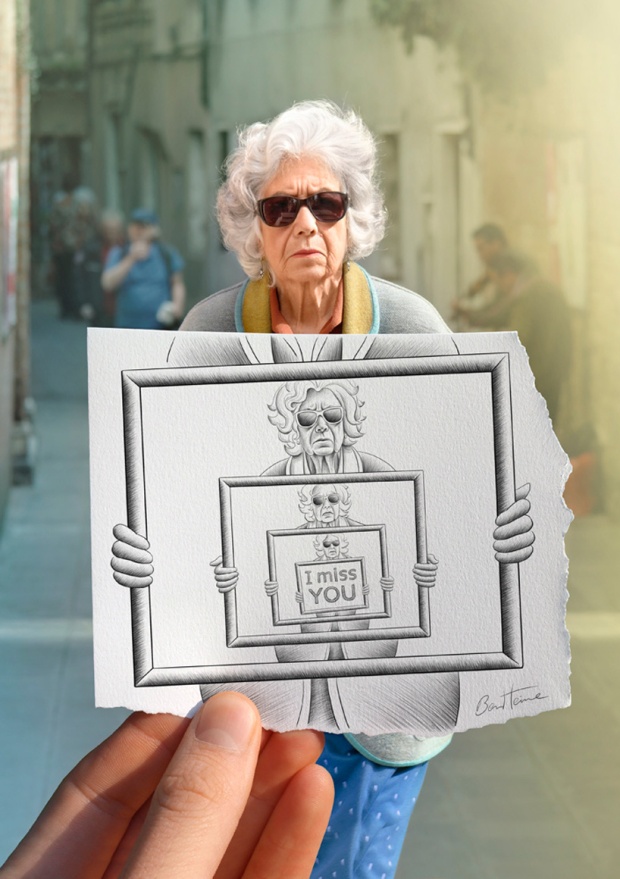 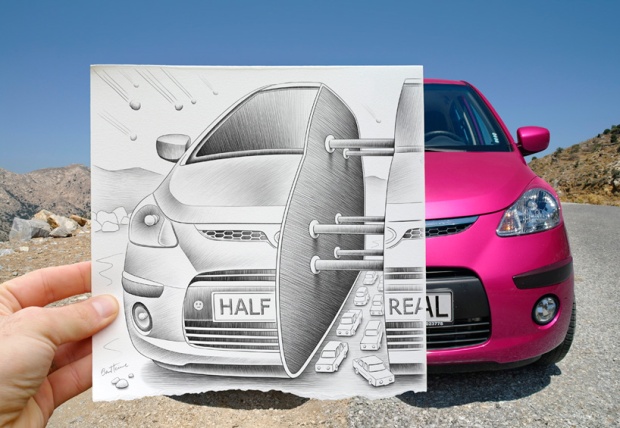 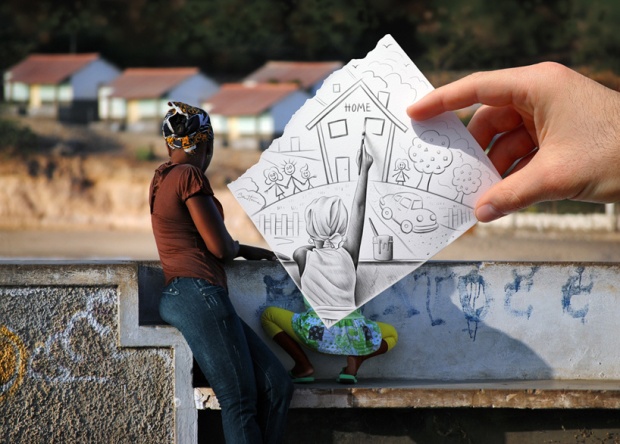 One thought on “Ben Heine…”